Traffic Court: Get Help in Los Angeles and Orange County 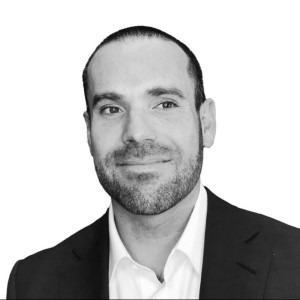 Going to traffic court is kind of like going to the DMV – you usually have to deal with:

Traffic court in California is a type of court that only hears disputes punishable as infractions. Most traffic tickets are infractions, although some are misdemeanors. If you’re found guilty in traffic court of an infraction, you are facing punishment in the form of fines only. You cannot be sentenced to jail for a traffic ticket infraction.

When you get your traffic ticket, at the bottom of your citation (where you signed it) you’ll see the specific court branch you are supposed to appear in.

If you do not pay your ticket, or appear in court to contest it, in Los Angeles County you’ll be charged with failure to appear and your ticket will be referred to GC Services.

In very few cases, a failure to appear on a traffic ticket will result in a bench warrant.

Failure to Appear in LA Traffic Court? How to Deal with GC Services

GC Services is a collections agency that collects on all unpaid traffic tickets for the Los Angeles County court system.

There are two reasons your ticket will be referred to GC Services:

Failure to appear, also known as FTA or “40509.5 hold,” refers to the situation where you never went to court. In this case, you still have the option to fight your ticket in traffic court, as long as you haven’t paid GC Services under the amnesty program yet.

You can still get another court date if you’ve made partial payment to GC Services under the driver’s license release program, as long as it wasn’t the amnesty program.

As a traffic ticket attorney, it is my strong recommendation not to pay GC Services in the case where you have an FTA because you can still get your driver’s license back and get much better results by handling your ticket in court (contact me below if you need assistance).

Failure to pay, also known as FTP or “matters set for compliance,” means you’ve already seen the judge and have been ordered to pay fines, but you did not pay your fines on time. In the case where you have an FTP, paying GC Services is your only option to get your license back.

Whether you have an FTA or FTP, an old ticket will no longer hold your driver’s license if the ticket is older than 5 years old. GC Services will often tell you that you can get your license back after you pay them, but this is simply untrue in the case where the age of your ticket is 5 years old or older because holds on tickets this old will be purged by the DMV.

If you need help in one or more of the several Los Angeles traffic court branches, please contact me below.

If you received a traffic ticket in Orange County, your case will be referred to one of the four traffic court branches, located in:

The bottom of your citation will list the address of the specific Orange County traffic court branch that you’re scheduled to appear in.

A failure to appear in Orange County will result in a $300 “civil assessment” being added to the original fine on the ticket, as well as a hold being placed on your driver’s license. If the matter isn’t cleared up before you get pulled over again, you may additionally be charged with a driving with a suspended license offense.

Reasons to Fight Your Ticket in Traffic Court

There are many reasons to fight your ticket in court instead of pay GC Services or Orange County collections:

Get Help in Traffic Court from an Experienced Traffic Ticket Attorney

My name is Attorney Paul Denni, and I’ve represented thousands of clients over several years in Los Angeles and Orange County traffic court.

If you need assistance with your traffic ticket, please call me at 888-250-8450, or if you’d rather I contact you, please fill out the Contact Form Below.